by Stars in Coma 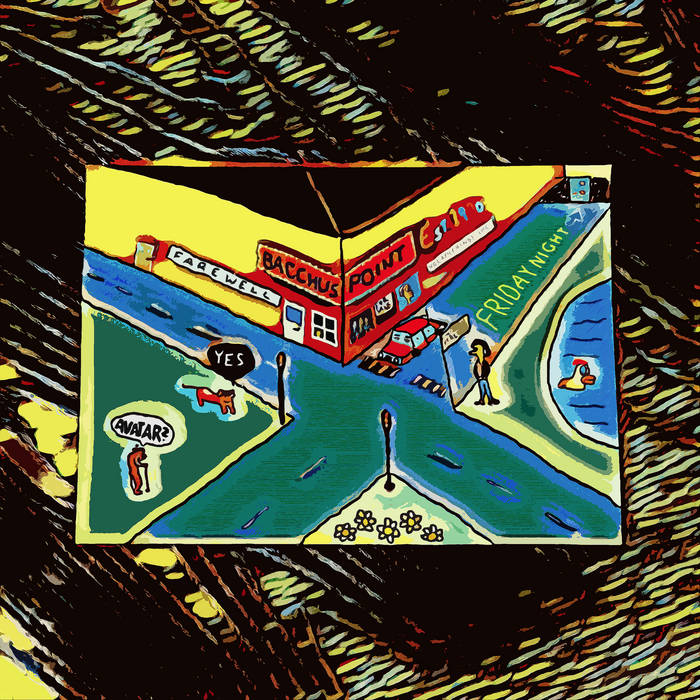 Bacchus Point is a fictitious place, a symbol of decadent and careless adolescence. As I was approaching my 40s, I was compelled to write an album about saying goodbye to youth in a way. So Farewell, Bacchus Point is mainly about growing older and sort of questioning the life you've led up to this point, a theme mostly prevalent in lead single "Half-Life".

As a result of this existential pondering for the past two years - the period in which this album was written and recorded - I found myself looking back to my musical awakening during the 90s. I came to realize that I had soaked up various parts of UK pop history, including 60's psychedelia, "Madchester" drum beats, the Cure's melodic sensitivity, the Smiths-driven rhythm guitars and the massive choruses of the Britpop era. All put together in my usual idiosyncratic way. I've always loved bands such as the Kinks, Moody Blues, Pulp and Oasis so it all made sense.

Some lyrical lines are making small references to the current strange times, but as a whole, this album is mostly a timeless effort, unrelated to virus outbreaks and street protests. I also deliberately tried to make an album where every song could be a single, crafting each track as accessible and hooky as possible.

All songs written, recorded and produced by André Brorsson in Lisbon, Portugal, and Malmö, Sweden between 2018 and spring 2020.

Since its formation in 2006, Stars in Coma has released a prolific stream of albums and EPs, and toured several countries around the world. The band’s productions, spanning six full length albums to date, draw inspiration from a variety of genres, including guitar rock, disco, funk and semi-electronic pop. ... more

Bandcamp Daily  your guide to the world of Bandcamp